Help, I Received a Summons!

If you answer the door and are handed a summons, there are some things you must do:

If you don't read the summons carefully, it seems like it says that you have 20-30 days before you have to go to court. But this is absolutely NOT TRUE!

It may cost you a hundred bucks or so, but that is just the cost of the court.  You will want to contact your court to find out what you should do. In very rare cases, you may need to hire an attorney to help.

We had a client that received a summons several months ago and did not tell us about it.  She called the other day to say that her wages were going to be garnished and "what can you do about it?"

Since we had no idea about the summons and subsequent legal procedure that led to the award of the judgment, we were in a bind!

Once the Writ of Garnishment is issued in most states, 25% of your net (after tax) income will be withheld by your employer!  For most people, this would be FINANCIALLY DEVESTATING!

Let's say you make $18 an hour.  That's about $3,000 a month gross earnings.  If your employer withholds normal income taxes, that would mean your take home would be about $2250.

If she had contacted us about the summons as soon as she received it, we most likely would have negotiated either a settlement (maybe 50% or so of the balance) or a Stipulated Agreement, whereby she would repay the debt (often at a slightly reduced balance) with a monthly payment her budget could handle.

In some case the creditor will accept a stipulated agreement AFTER a judgment is awarded, but not always.  Unfortunately, although her creditor was willing to take a little less that the $562.50, she could not afford it and she was forced to seek a bankruptcy attorney's services! 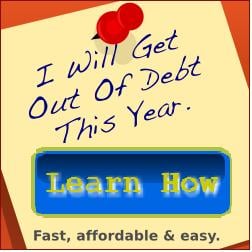