Have you had a debt settled for less than you owe?  If so, chances are pretty good that you also received a 1099-C for the amount of the "forgiven" debt amount.  WHAT?  How can that be possible?

Unfortunately, if you settle your debts, the forgiven amount is considered taxable income.  However, you don't necessarily have to included it as taxable income.  Read on to hear Bob's story and how he was able to avoid paying taxes on his forgiven debt.

Bob lost his job and started using several credit cards to make ends meet. He was paying for groceries, gas, and even had to take a cash advance once in a while to survive.Bob had every intention of paying off the cards, but due to our country's severe economic downturn, he could not find a job.

After about a year or so, he had added another $10,000 to his cards, making the total of all his credit cards to be about $22,000!The minimum payments on all of them totaled a little over $500 per month and he just couldn't meet his obligation.  After 3-4 months of non payment, most of his cards went into collections, debt collectors started

Bob had heard about DEBT SETTLEMENT and DEBT MANAGEMENT, but didn't know if he qualified.

After a FREE COUNSULING SESSION, it was clear that he could not qualify for the Debt Management Program and therefore chose to enroll in the Debt Settlement Program.

Let's see what happened during the Debt Settlement Program:

After searching the net and talking with several companies, Bob had chosen a reputable Debt Settlement Company to help him settle his debts.

His total debt was settled at an average of 40% of what he owed, so his creditors FORGAVE about $13,000 of debt.

Because the amount of the forgiven debt was over $600, Bob's creditor reported the settlement to the IRS and mailed him a 1099-C.  The 1099-C basically said that $13,000 had been forgiven and he needed to report that amount as additional income for the taxt year the forgiveness was granted.

But his Debt Settlement Company helped him understand that he was not going to be liable for the additional income and resulting tax on that income.

They provided him with a information about how to file IRS Form 982 and the other documents he needed to provide with his taxes.

IRS Form 4681, says that if, at the time of forgiveness, you were INSOLVENT (meaning your liabilities were greater than your assets), then the forgiven amount DID NOT HAVE TO BE INCLUDED as additional income!

Since Bob had completed an Asset vs. Liabilities worksheet, provided by his Debt Settlement Company, he was able to completely avoid any additional tax on the settlement or "forgiven" debt shown on the 1099-C!

If you have received a 1099-C and need help, we can help, please let us know!

Have you received a 1099-C due to Cancellation of Debt?

If you have settled a debt or had a debt, you may receive an IRS Form 1099-C.  This doesn't necessarily mean that you will have to pay additional tax on the amount "forgiven".  Here's what you need to do:

The 1099-C has Instructions for Debtor:

You received this form because a Federal Government agency or an applicable financial entity (a lender) has discharged (canceled or forgiven) a debt you owed, or because an identifiable event has occurred that either is or is deemed to be a discharge of a debt of $600 or more.  If a creditor has discharged a debt you owed, you are required to include the discharged amount in your income, even if it is less that $600, on the "Other income" line on your Form 1040.

However, YOU MAY NOT HAVE TO INCLUDE ALL OF THE CANCELED DEBT IN YOUR INCOME (capitalization mine!).  There are EXCEPTIONS AND EXCLUSIONS, such as BANKRUPTCY or INSOLVENCY see Pub. 4681...for more details.

The bottom line is, if AT THE TIME OF SETTLEMENT your liabilites were greater than your assets, you were insolvent and therefore the amount of debt forgiven would be excluded.

We have helped hunderds of our clients to become DEBT FREE through DEBT SETTLEMENT, but we also have assisted them in AVOIDING (or paying very little) ADDITIONAL TAX after receiving a 1099-C.

We have put together a complete 1099-C Kit that will show you (and/or your tax preparer) how to fill out and file the proper forms. 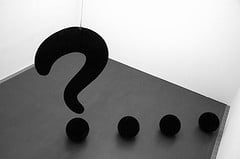 A 1099-C is a statement from the IRS that you may need to include the amount of a forgiven or settled debt as income.

Let's say you are going through a very tough time financially and cannot keep up with the payments on your credit cards or personal loans.

At some point, you (or a Debt Settlement Company), may be able to negotiate a settlement on the debt you owe for less than the balance.

If the amount forgiven is over $600, the creditor may claim that as a loss to the IRS and you would then receive a form 1099-C.

According to IRS Form 4681, you DO NOT HAVE TO INCLUDE the amount forgiven or settled if at the time of the forgiveness you were INSOLVENT.

Sadly, most accountants or tax preparers are unaware of how to avoid this additional tax.

How to prove you were INSOLVENT:

Equity in your home. (What your home would sell for today less what you owe.)

Cash, stocks, bonds, mutual funds. (Come on...most people who are in a financial crunch don't have extra money laying around!)

The net or current values of your "things":

Now, you are going to offset this by the debt you owe:

This should show that at the time of forgiveness, you were insolvent (you owe more than your worth).

You will submit this financial worksheet along with IRS Form 982 with your tax forms.

If your tax preparer is not aware or does not seem competent dealing with this procedure, let us help!

In over 8 years of helping people reduce their debt, we have not had a client pay any additional income tax as a result of a settlement!

Need More Info? Give us a call today!

Do I have to claim credit card debt forgiveness on my tax return?

Do I have to claim credit card debt forgiveness as taxable income because I had some debts settled last year?

One of our clients had received a letter from the IRS regarding her inquiry as to the "taxable income" status of credit card debt forgiveness.

"Claims of insolvency must be supported by 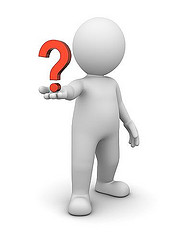 a listing of assets and liabilities at the time the debt was canceled.  You may include Form 982 or a simple cover letter claiming insolvency."

When you have a debt settled (or in IRS terms, "forgiven"), if the amount forgiven is over $600, the creditor may send that information to the IRS.

If so, you will receive a 1099-C form.  At first, it looks as if you will have to include the entire amount as taxable income, but if you read closely, their are exceptions!

IRS Form 4681 explains the "exclusions", and there are several, but the main one you should be concerned with is INSOLVENCY.

Unfortunately, many tax advisers and accountants are not aware of this exclusion and tell their clients that they must pay more taxes, when they shouldn't have too!

If you have had unsecured credit card debt settled last year, then you should:

If you have had settlements prior to 2010, and you think you paid taxes when now you realize you shouldn't have, then contact your tax preparer with this information or contact the IRS yourself.

You may get back all of the extra tax you paid!